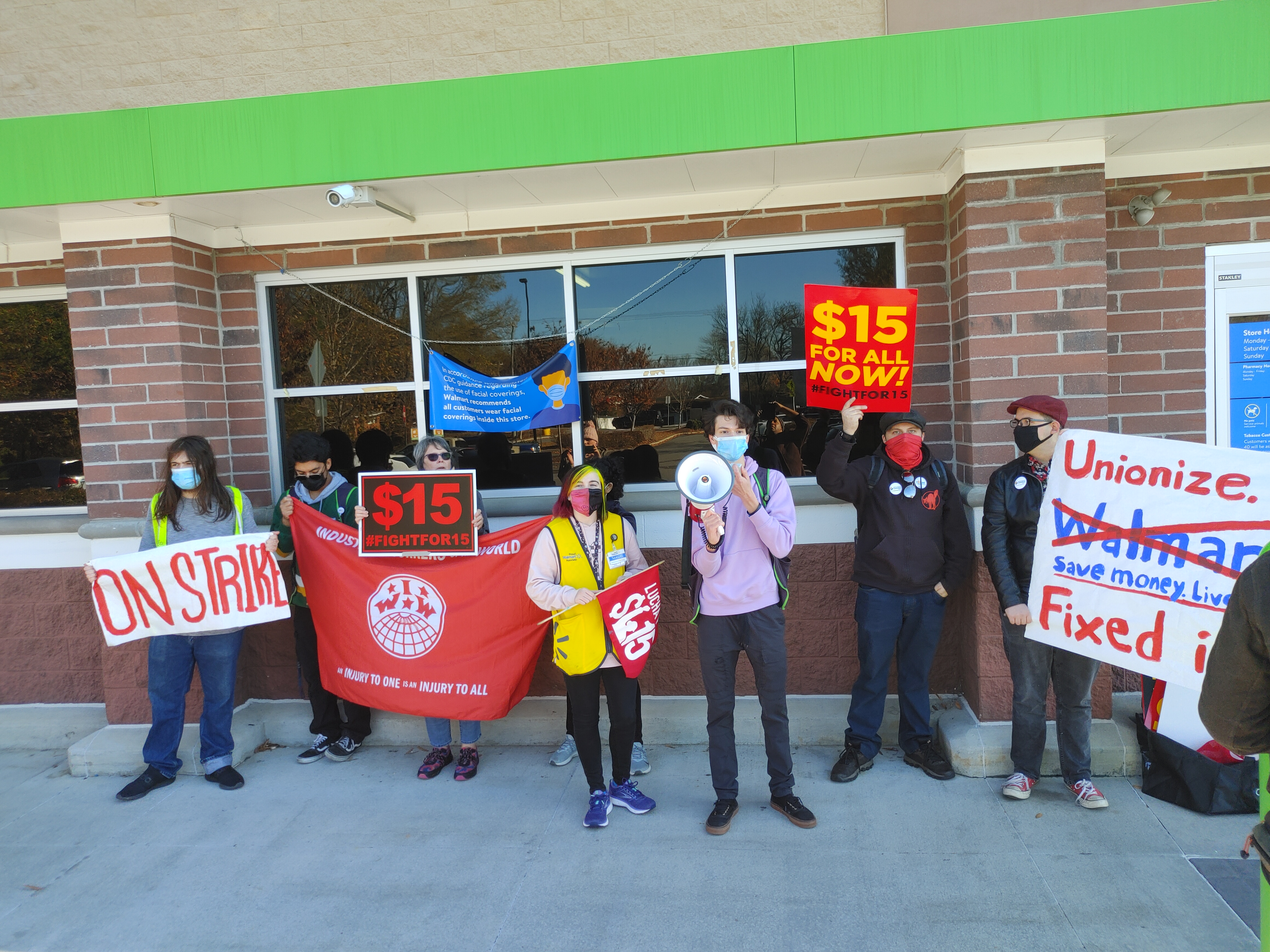 On Black Friday, several workers from the Walmart Neighborhood Market  in Mooresville, NC clocked out, submitted a petition for better working conditions and benefits to their management and walked out chanting. They were joined by other coworkers, several NC Green Party members, and support from NC RaiseUp, IWW, PSL and other organizations. Footage from the walk out action received surprisingly good press coverage and social media coverage went viral all across the country with a reach of hundreds of thousands. The walk-out was one of a record number of Black Friday labor actions as part of a wave of strikes which have rocked the globe in recent months in the wake of soaring prices when the world's richest people have seen their wealth skyrocket since the beginning of the pandemic. Among the demands were better healthcare benefits, better and more equitable pay for all Walmart employees, and attention to serious problems that have been hampering their ability to do their jobs.

BREAKING: @Walmart workers just walked off the job on strike in Mooresville, NC to protest poverty wages, lack of PTO and demand their UNION RIGHTS from the multi-billion dollar corporation. Together we fight, together we win! #Fightfor15 #BlackFriday #UnionsforAll #strikevember pic.twitter.com/tI3huwZRJ9

Workers who spoke out at the picket line rally said, “Corporations don’t care enough for the common workers,” and “we’re fed up with being treated as less than we are, and deserve the respect that we have tirelessly worked for.” Some of the chants from the enthusiastic picket line included,  “Who's got your back? We got your back,” “Put some respect on my check” and “Unionizing is a right!” They sent a strong and important message to other regional workers in NC, one of the least unionized states in the country.

"As a long time Mooresville resident, it's very empowering to see my neighbors come together in this way. I hope that the courage of these brave workers will inspire others in Mooresville and across the country to stand up and fight for the respect and dignity they deserve,” said Charlotte Greens Co-chair, Jacob Samuels. He was joined by Young Ecosocialists (YES) National Committee Delegate Matthew Skolar and organizer and NCGP Cochair Tony Ndege, in support of the action.

Skolar, who helped with organizing the event said, “The action was so powerful because the workers were the ones who led and initiated it. To say I am proud of these Walmart workers is an understatement. It’s really brave to take on that Goliath of a corporation, and these workers did it in such a strong, public, and eloquent manner.”

The North Carolina Green Party understands the importance of why consumer activism on days like Black Friday is not enough. It is absolutely necessary that we support critical labor actions everywhere they are taking place to stand in solidarity with workers fighting for dignity, safety and living wages. This is the only way that we can continue to strengthen connections between the issues of workers and the systemic demands such as a comprehensive National Health Service (improved Medicare for All), an end to the War Machine, and a moratorium on debt. 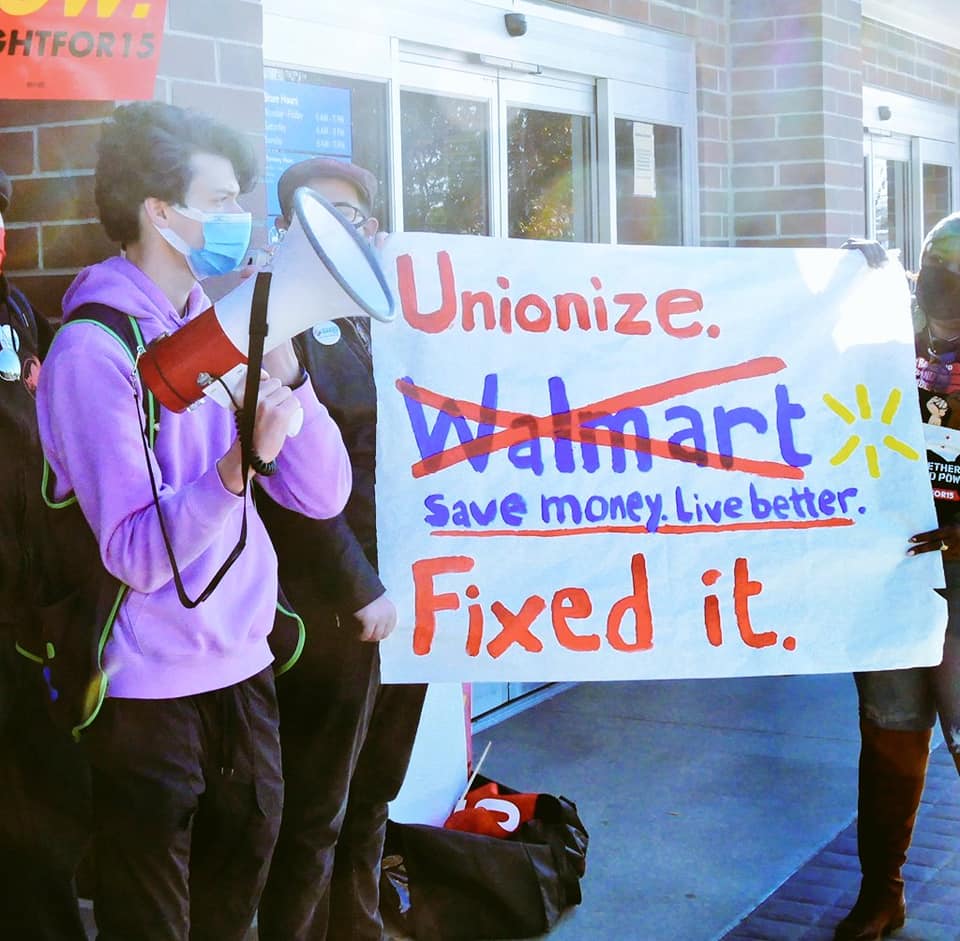