WEEK OF ACTIONS AGAINST THE WARS: MLK DAY RALLY

JOIN NC GREEN PARTY as we participate in a rally in solidarity with United Anti-War Coalition with a demand to end the United States military machine and its participation in war and dangerous global instability. 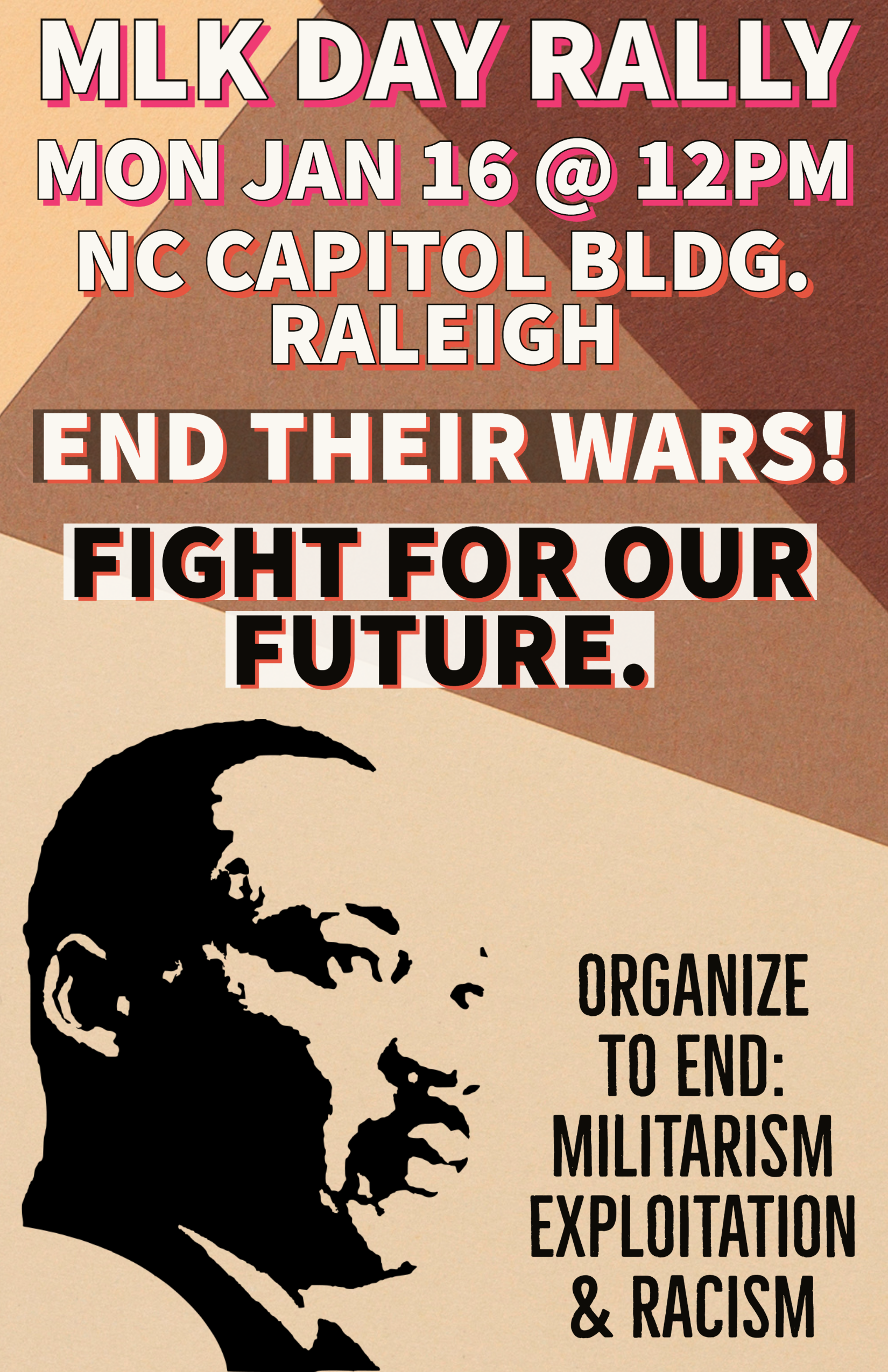 1. We must fight to end our own war machine at home and abroad
2. To do this we must immediately cease all military and political aggressions against foreign nations. We must also organize to end the militarization of the police and our violent system of mass incarceration.
3. We must organize to shut  down all foreign US military bases and move to dissolve US/Pentagon dominated NATO
4. Instead of expending vast resources on disastrous empire expansion and war we must reinvest those trillions of dollars of resources spent on destruction and military contracts in
healthcare, education and other critical humane infrastructure by creating tens of millions of sustainable jobs for working people. Jobs that we can know are helping to save lives, prevent war and ecological destruction.
5. To accomplish these things, we must break from the parties of War and Wall Street once and for all.
Why? Because these parties are ruled by the wealthiest elite who directly profit from war and ecological destruction will never end war and ecological destruction. These ruling parties are incapable of being reformed to work in the interest of the vast majority of humanity, as over a hundred years of attempts to reform these parties of the rich have shown us. Instead of allowing them to lead us into a death trap, working class people must organize to build our own independent parties and organizations that fight for our interests.
Join Us In Building this Party today. Become a member or supporter of the NC Green Party.
WHEN
January 16, 2023 at 12:00pm - 3pm
WHERE
State Capitol Building - Raleigh
1 E Edenton St
Raleigh, NC 27601
United States
Google map and directions