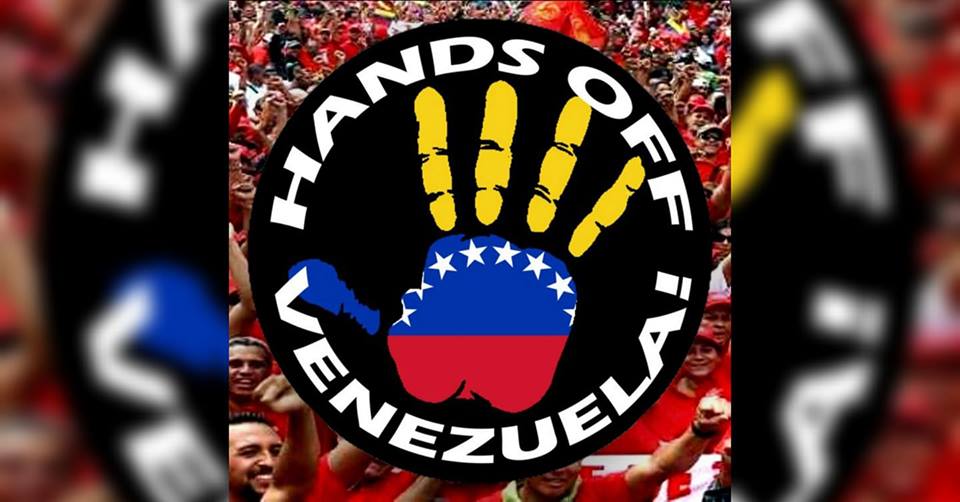 This is a sampling of the events the NCGP offers. This event has passed, but please check back here for more Hands Off Venezuela events to come.

Stop the coup, sanctions, and military escalation on the people of Venezuela! JOIN US and others across the United States and the world for a GLOBAL WEEKEND OF ACTION to stop this aggression! https://popularresistance.org/venezuela-february-23-global-day-of-action/

PLEASE PARK AWAY FROM THE BUSINESSES IN THIS PARKING LOT, SO THAT FOOD LION OR ONE OF THE OTHER BUSINESSES WON'T COMPLAIN. THIS IS A LARGE LOT WITH LOTS OF PARKING. THERE IS ALSO A LARGE PARKING LOT FOR MULTIPLE BUSINESSES ON THE OTHER SIDE OF EASTWAY WHERE YOU CAN PARK.

This is an emergency rally to stand on the side of the self-determination and sovereignty of the people of Venezuela against the US/NATO-led coup-in-progress. We plan to have more educational outreach and protest events in the Triad over the next several weeks. Please use this week for education, flyering for this events, and outreach as the situation in Venezuela continues to play out.

The fact that President Trump and his US and NATO war complex allies, who are presently providing the monarchist dictatorship of Saudi Arabia hundreds of billions of dollars in aid for its genocidal war against the people of Yemen, are claiming that they are "defending democracy" in Venezuela is the height of imperial hypocrisy! The history of the murderous interference of US Empire against the self determination of Latin American people speaks for itself. The total compliance of the corporate media with the Trump administration narrative shows the shallowness of the so-called "resistance" as well as displays the complete alignment between the two Wall Street parties on war policy and funding/supporting right wing dictatorships in the Latin Americas. This alignment has seen little change in succession of administrations or congress for the past 120 years.

From Popular Resistance (petition at the link below):

On Wednesday, Venezuelan National Assembly leader Juan Guaidó of the extreme right Popular Will Party declared himself the acting president and called for the military to rise up against Maduro. In an obviously coordinated action, minutes later, the White House announced its formal recognition of Guaidó as Venezuela’s head of state. Shortly after, Maduro severed ties with the U.S. and gave diplomatic staff 72 hours to leave the country.

This is part of a never-ending coup and economic war against Venezuela that began with the election of Hugo Chavez. Last September, it was confirmed that Trump administration officials met with renegade Venezuelan military officers planning a coup against the government. In August, an assassination attempt against Maduro, coordinated with US ally Colombia, was foiled. Before Maduro’s inauguration, there was a multifaceted attack aimed at regime change by the US and its allies using sanctions, military threats, and a campaign of delegitimization. War preparations have been ongoing since before the last presidential elections. When asked about military action Wednesday, Trump said: “We are not considering anything, but all options are on the table.

The North Carolina Green Party (NCGP) is the only left-wing political party on the ballot in North Carolina. We're not Democrats or Republicans. We're a separate party: the Greens.

The NCGP is a anti-racist, feminist party that supports gender equality and gender diversity and rejects capitalism in favor of a democratically run economy that responds to the needs of community and planet. We believe positive social and political change will come when progressive and radical people determine that movement activism must also include this critical element: building our own political power outside the confines of the capitalist two-party system. For this reason, the NCGP is a membership-based, dues-paying party and is fundamentally and structurally different from the two major parties—we’re funded by individual working-class members, not corporate interests and the ruling elite.

What's the Green Party? The word "Green" means more than just the environment—it means "ecology," doing what's right for healthy systems. That's why we are feminist, why we are anti-racist, why we support gender equality and gender diversity, and why we reject capitalism—and why we believe all these things are interrelated. The NCGP is no ordinary party: we're a membership-based, dues-paying party funded by individuals. We're committed to social, racial, economic, and environmental justice. Consider becoming a member today.