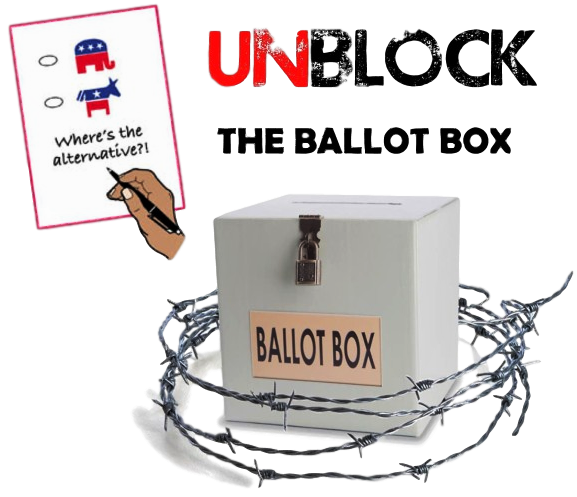 The state of North Carolina has the most undemocratic ballot-access laws than any other state in the nation. The North Carolina General Assembly has enacted monumental restrictions preventing alternative parties and independent candidates from getting their names on the ballot and over several years has repeatedly stalled, ignored, and thwarted attempts to lower the requirements.

The NC General Assembly demands that independent and alternative party candidates for many offices, including president of the United States, collect a whopping 94,221 signatures from registered voters with pen on a paper petition just to get their name on the ballot. Meanwhile, candidates from the Democratic and Republican parties need to collect a fraction of that number.

But there's a new bill in the the North Carolina General Assembly that would reduce the signature requirement from 94,221 to 10,000, which is a step toward opening up the elections process to more than just the two major parties. The bill has passed the State Senate and now must be introduced in and pass the House.

We demand that the North Carolina General Assembly pass Senate Bill 656, the Electoral Freedom Act of 2017, to lower the ballot-access requirement in North Carolina to 10,000 petition signatures.